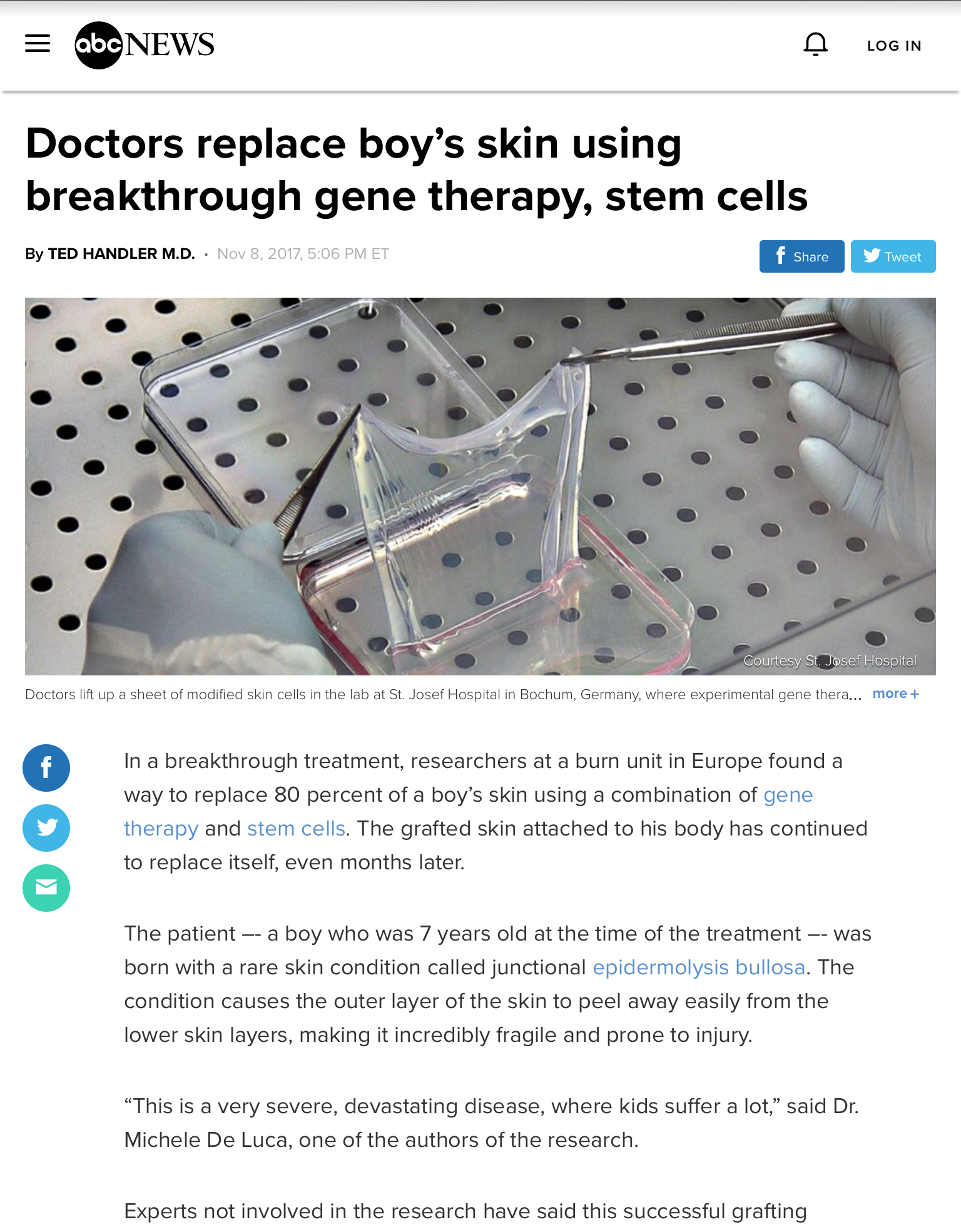 During my training at the Royal Melbourne Hospital and University of Melbourne, I undertook a Master of Surgery degree which involved growing skin in Petri dishes (skin culture). Cultured skin can be used to grow the patient’s own skin, taking a small 2 cm squared sample and expanding it by growing it in the Petri dishes, until you have enough to cover the entire body (in theory).

It has been used in burn patients at the Alfred Hospital and a modification of the technique was used by Dr. Fiona Wood in Perth to treat some of the Bali bombing victims.

One of the difficulties with the technique is that it takes quite some time to grow the skin, during which time the burn patient may become quite ill, or develop infection in their burns, which would then interfere with the grafts taking. The aim of my research was to try and use cultured skin from unrelated donors, which could be waiting in the lab in large amounts enabling the burn victims wounds to be grafted on the day of their burn. It was postulated that this might work because the cultured skin loses its antigen presenting cells during the culture process; these cells are required to mount an immune response (‘graft rejection’) against the graft, so a graft that didn’t have antigen presenting cells should be accepted indefinitely by the recipient.

Other problems that limited this technology included a lack of a dermal supporting framework. As you can see from the photo in the article below, the epidermis (outer layer of skin) is extremely thin and transparent and it requires the dermis to be able to stand up to the wear and tear expected of normal skin. There have been some recent developments by Dr Greenwood at the Royal Adelaide Hospital that may possibly have solved this problem, called Composite Cultured Skin.

Another quantum leap forward is that described in the attached article. Patients with Epidermolysis Bullosa have a genetic fault which causes their skin to be very fragile, severely interfering with quality of life. In this report, prior to culturing the patient’s own skin it undergoes gene therapy to correct the faulty gene, and then the corrected patient’s own skin is cultured and grafted back onto the patient, successfully ‘curing’ this previously ‘incurable’ condition in the reported patient.

It is very exciting to see the development of all these technologies to help patients with very severe medical problems, and to witness theory becoming reality.